your Friendly Neighborhood Gaijin here. I hope your day is going well and that you are all in good health. The weather has recently been getting warmer in Japan, but it seems that Canada is being hit with multiple horrible snowstorms. Yet, for some reason one thing stays the same. Certain universities (Eh hem, UoT) have yet to close despite the freezing rain and heavy snow warnings. In the Kansai region of Japan, we don’t really get enough snow. Truthfully, I barely even shovel here because the snow melts so quickly that I find it unnecessary. So, today’s article will be short and describe how I even managed to end up in my current situation of living in Japan.

Once upon a time, long ago there were shows on TV called anime. Yes, anime. When I was younger, I was unknowingly exposed to watching anime through Digimon, Sailor Moon and Pokemon. At the time those were the shows that would come on in the morning during Fox Kids. These shows were unique, but there were also amazing American shows at the time such as Spider-man, X-men and Mummies Alive. When I turned around 10, my Dad got a satellite box which provided us American channels like Cartoon Network and Pay Per View movies. Cartoon Network had the dubbed versions of Yu Yu Hakusho, Rurouni Kenshin and G-Gundam. Those are some animes of my childhood.

My favourite anime from my younger years was one called, Inuyasha; it was about a girl who travels through a well to the feudal era where demons still existed in the world. On the way she realizes she has spiritual powers and frees a half-demon who has been condemned to an eternal sleep pinned to a tree. As you can see the type of fictional animations that I watch are not in touch with reality at all. Truthfully, I believe watching anime was similar to escaping reality as a kid. After all, when we’re kids we all think everything is a big problem in our lives. So, I wonder perhaps I still have the idealism from when I was a child that Japan is an escape for reality. For example, in the ending of Inuyasha when the Ferris wheel is lit up while the snow is falling – Japan seemed like a beautiful place to visit. Perhaps since I watched Inuyasha and saw Japan with such imaginative wonder, maybe that’s why I’ve grown up wanting to live/work in Japan for such a long time. As I grew older I stopped watching as much anime, but maybe it did have a huge impact on my childhood.

These interests sparked my desire to learn more about Japanese  culture and luckily my cousin was interested in JDrama and male JPop groups. I still remember the English dubbed version of Freckles from Rurouni Kenshin or Smile Bomb from Yu Yu Hakusho. When I entered high school, I learned more about Asian Dramas and Asian Pop Culture – specifically, Kpop. My interests diversified, but my interest in Japanese culture has always remained. Even though I don’t classify myself as an Otaku, I feel that I watch anime more than the average Japanese person. 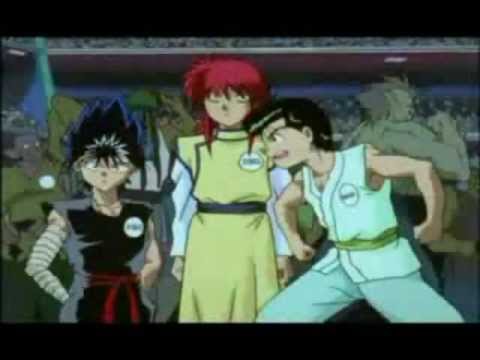 By watching a lot of anime, I’ve noticed they generally have the recurring theme that problems and difficulties will work themselves out eventually. When you watch an anime for 200 episodes, you see a multitude of problems; however, at the end of the season the main characters have resolved the issues which leads to a happy life. So maybe sometimes watching anime has helped me feel optimistic. On the other hand, I’ve noticed watching too much anime can cause one to lose touch with reality. When one begins to truly merge their identity with the anime they watch or want a lover who is similar to the character they admire. If you do not know what I’m talking about, check out this link. This may be an exaggeration, but I have seen real individuals with this animesque persona. I wonder, is that a good thing? 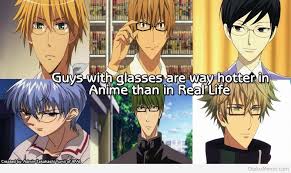 Looking back at how I started my journey in thinking I wanted to go to Japan, it occurred to me that watching anime in elementary school was not “cool”. In fact it was kind of looked at by others as weird because no one knew anything about it. It didn’t help that I was extremely friendly and had an obnoxious love for public singing. Even though I started watching anime less frequently in my university days, it amazes me how far simple forms of art, music and pop culture can have such a big effect on an individual’s life. I’m sure there will be plenty of people going to Korea 10 years from now because they adore KPop. A lot of natives to their countries seem to dislike when people only come to their country because they like anime or Kpop, there’s a lot more to their cultures than that. So learning their languages are a great way to deepen your understanding of their cultures and lifestyles. As we all know (or have just figured out – pokes self) anime is not real life!

Now 13 years from when I started watching anime, I’m here in Japan teaching for JET. I wonder what else life has in store for me, but I know that it all started with just a little anime. A lot of people who come to Japan arrive because they have various reasons, what gave you interest in Japan?

That’s all for today. Bye guys!