So today I would like to write about the differences that I find with Japanese Junior High School Students and Canadian Elementary/High School (Grades 7-9) while teaching in Japan. I would first like to mention however, that there are two key things to note while reading this.

Now, it was a very big surprise to me that the students in Japanese High School have such an attitude of unity when it comes to their school. All of the students seem to be able to have friendly chats with one another, or will at least help each other if they need it. During the Sports Festival, the Japanese third years will teach the second and the first year students how to do a traditional dance. They will even prepare the school gym for the School Entrance Ceremony and the Graduation ceremony  (for the entering or graduating class). Now I do recall being in grade 7 and helping the grade 2’s learn how to read, however I also recall not even liking my own fellow classmates at times. In Japan, they force the students to socialize with one another because they rotate the seating arrangement. The area that they are seated will be the group that they eat lunch with. In Canada, you would just sit with your group of friends every day for lunch – you had the choice of who you would eat with. Furthermore, I doubt you could ever get the seniors in elementary school to work together so harmoniously. 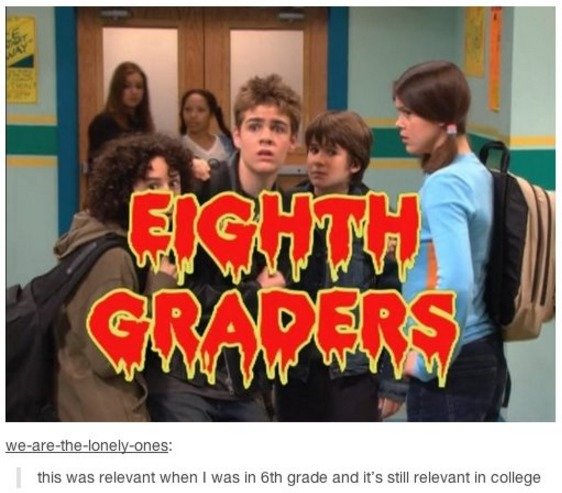 In elementary school we were more secluded from other class years and in high school that seclusion was even bigger; unless you were involved in an activity that forced you to interact with another grade, you would most likely never speak to them. Now I’m not saying that my Japanese students necessarily want to set up the gym for the other kids, but I believe the respect they have for their fellow students is much higher than what I saw in my school days. If I was in grade 6 and the grade 8’s tried to command me to stand up straight and bow. Oh boy – that is a Tv moment waiting to happen

In my opinion, there is very small room to deny that Japanese students are much more disciplined than Canadian students in school, overall. In Japan they are taught to follow many rules and when they don’t obey they are not only scolded by their teachers, but sometimes by their fellow peers. In Canada we also have a certain set of rules, but ours are a bit less strict in certain regards. For example, in Japan before assemblies the students have to bow their heads in their laps and wait for the Principal to begin speaking. In Canada, we normally spoke with our friends until the Principal came and told us to be quiet as we would be starting momentarily. Another case is when Japanese students are commanded to stand, they all immediately do so in unison and a very military fashion (or the best they can, they normally get better in their later years of JHS).

In Canada, we just stand up with our tired, bored or casual selves when we’re students – only if we went to a private or military type school would we behave in a similar fashion to the Japanese. Now of course the Japanese children have been taught (trained) how to do this behaviour, but there is a clear difference in discipline style between the two countries.

In Canada, we do not have Bukatsu. Bukatsu is a term used to describe sports/cultural arts club activities which students are strongly advised to participate in while they are in Junior High School. It means for “Club Activities”. Now I don’t know about you, but my ideal way of spending my time after school at 3:30 (ES) /2:20 (HS) was going to the mall to hang out with my friends. Now if I lived in the countryside that may have been different, but I would have wanted to hang out with all of my friends. In Japan after their school has gone from 8:30am (They arrive by like 8:10) to 3:50pm, they head to their after school activity which lasts approximately 1-2 hours. Then, they head home to do their mountain of homework. These club activities occur on the weekend and almost 5 days a week, which is quite a lot. This process helps build the spirit of comradery as written before and it is generally said that this system allows the school to instill discipline into its students. Also, if you’re too busy with work and activities – you do not have time to be smoking on the lower side of the hill. Nonetheless, this is one of the traditions that I felt was a bit nicer to avoid. I enjoyed my downtime with my friends after school. When you had a bit of extra cash and could just go buy some food from the mall, but then still had time to go home and do your homework.

Now after all these months, I would not say either education system is perfect. Each have their benefits and flaws which children would never realize unless they were aware that the other system existed. I think it would be fantastic if one day we could find a middle-ground in between the two because I think both systems have great things they could learn from one another.

One thought on “Differences between Japanese and Canadian Students”